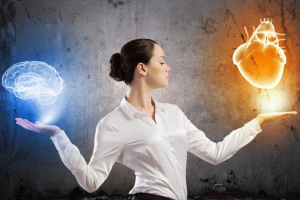 An absence of moral compass in political and corporate leadership is increasingly decried. We talk about it. Legitimately, we complain. And we worry. What people instinctively miss, I believe, is the steadiness, courage and yes, humility, that such leadership implies, plus the hope and vision it generates. They also miss – deeply miss – the integrity that is an essential prerequisite if people are to trust those in power with decisions that affect all our daily lives.

We need these qualities in our personal dealings with one another. But because of their decision-making power, we also need examples in public life. And usually we lack them. Who, then, could possibly have predicted that at the close of a strikingly unimpressive, overwrought few weeks in Canberra – marked by defensiveness and attack of a most puerile kind – that it would be the generally rather pompous Attorney-General George Brandis who would return a glimmer of dignity to his party and to the Australian Federal Parliament? And not dignity only, Brandis also brought, in his accurate condemnation of Pauline Hanson’s ridiculous burqa stunt, a passion that could only have been genuine, together with a fervour that was, for once, protective not of his own or his party’s interests, but of a group within Australia (Muslim women) that’s become all too easy to ridicule or fear. 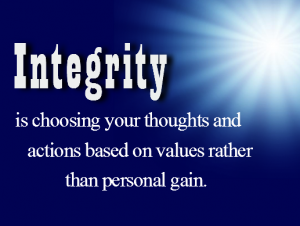 The authenticity of Brandis’ outrage was all the more striking because so much of the emotion we see in political life appears to be and surely is nothing more than hot air. Those accusations of treachery for example, hurled at Opposition Leader Bill Shorten when it was revealed that a question had been asked and answered in the New Zealand Parliament about the ever more muddied citizenship rules, were at best cynical. Whatever anger the Prime Minister and his deputy, Julie Bishop, may feel towards Barnaby Joyce and his New Zealand-born Dad (the splendidly named James Joyce) had clearly been displaced onto the ALP front bench and especially their favorite nemesis, Bill Shorten. This is not just emotionally UNintelligent, it’s plain hysterical. Seldom have we seen Malcolm Turnbull and his deputy so out of control, and it wasn’t edifying. Turnbull and his team are also increasingly noted for their blame-Labor whining, despite the Coalition having been in power for years now. Blaming others isn’t mature. It doesn’t exhibit a scrap of self-responsibility. It also demonstrates a depressing lack of solutions – or fresh thinking, or even the capacity to look forward rather than backwards.

When it comes to Mr Turnbull, those behaviors are especially galling. You might remember, as I do, that in the earliest days of his Prime Minister-ship, Leigh Sales interviewed Turnbull for the ABC’s “7.30 Report”. That was the heady moment when Turnbull made a kind of pledge to the Australian people about what would distinguish his leadership. Forget the meaninglessness of his recent claims to “strong”. What he then specifically articulated was something far more interesting. It was emotional intelligence and, with that, the promise of “emotionally intelligent government”. He also spoke and has spoken since of not wanting to insult the intelligence of the Australian public. But it was that first, powerful mention of the need for emotional intelligence in government and in leadership that led many non-LNP voters to hope that however averse to progress some (most?) members of his government may be, Turnbull himself had some grasp on the qualities sorely needed in 21st-leadership and life.

It was not to be. In fact, it’s impossible not to wonder if “emotional intelligence”, for the then-new Prime Minister, was ever anything more than another handy salesman phrase like nimble, credible, responsive or innovative. Given his performances since, maybe he had no real understanding of what emotional intelligence demands as well as gives, or how desperately it is needed, or what a profound difference it can make – especially in the implicit and explicit contracts of trust between leaders and the rest of us. We can only wonder. Or perhaps we need not wonder. Doing what is right seems not to be possible for the Prime Minister if it risks putting him off-side with that tiny group of Right-wing zealots holding the rest of us to ransom.

Emotional intelligence may be a relatively new concept but it is certainly not a new need in human encounters. It’s most usually defined as the ability to observe and guide your emotions, rather than being overwhelmed or driven by unthinking and fairly primitive reactiveness. It’s also what allows you to take seriously that other people’s views, experiences and emotions have some validity at least, even when they don’t match yours. Two more emotionally intelligent qualities that strike me as widely needed in virtually any encounter – private as well as public – are self-awareness (knowing how you affect others) and self-responsibility (caring how you affect others).

Interestingly, this kind of self-and-other awareness is an ancient concept in mainstream religious traditions where it also means taming your ego so that you can respond compassionately and fairly, rather than stridently or cruelly. Emotional intelligence is what makes other people feel safe in your presence and trusting of your values and promises. Hysterical outbursts, exaggerating, fear-mongering, telling lies, threatening, bullying, blaming, frightening others, attacking rather than conciliating, withholding needed support: these behaviors all show where emotional intelligence is lacking. 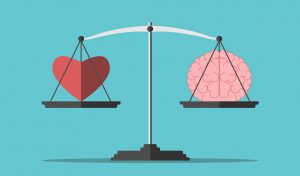 Even within strictly secular circles, emotional intelligence relates closely to moral intelligence, itself truly different from self-righteous, self-serving “moralism”. This is where Brandis’s leadership took fire and became so impressive – even if momentarily – because moral intelligence always demands a willingness to look beyond immediate self-interest to take other people’s interests into account, especially when you have more power or authority than they do. It is moral as well as emotional intelligence that would, for example, require those with power to pause and pause again before knowingly harming others – or justifying harm.

Knee-jerk, adversarial and grossly irrational thinking is routine in political life. So is undisciplined, uncontained self-interest. It’s a sad truth that those who claim most skills in, for example, economic management, are less conscious than most of us of how they are ruled by the forceful, often highly aggressive or defensive emotions that underpin much of what passes for “politics”, emotions that become extremely dangerous as long as they are unconscious, unacknowledged and unexamined.

The costs are grave for everyone but very particularly for the most vulnerable groups and individuals among us. This matters. While politicians, including the Prime Minister, are prepared to think and speak repetitively and reductively on key moral and social issues, Australia will go backwards as a nation and many individuals will suffer disproportionately.

A mere handful of straightforward changes could move any form of corporate or public leadership in more morally and emotionally robust directions. 1) No more blaming others when self-responsibility is what’s called for. 2) No more demonising the victims of proven harmful policies, rather than addressing and changing the policies themselves. 3) No more defending of indefensible policies by playing on fears, rather than addressing those fears honestly and leading people towards more generous and ultimately far more cohesive attitudes and actions.

Add to this a capacity to discover what’s needed by those with most to lose. That has to include the poor, the dispossessed, the marginalised, the jobless, the ill or fragile. It must also take in a global view: we are a small nation in an exploding world. And it cannot ignore the longer view – especially in care-taking of the planet on which we wholly depend. That means taking in the long-term view while also addressing adequately what is urgent and immediate. It means a willingness to look beyond the next election or reporting cycle. And to care about something more than your own job and perks. It means explaining why hard decisions are sometimes necessary, but not always expecting the least powerful to pay for them.

Such demonstrations of emotional maturity in leadership may bring hope and solidarity, even much-missed trust. They may support a private and public renaissance of integrity as reflection becomes linked to emotionally and morally intelligent choices and actions. The skills that emotional and also moral intelligence bring can be learned. For everyone they touch, they are – always – profoundly redemptive.

Reverend Dr Stephanie Dowrick’s books include Forgiveness and Other Acts of Love and Seeking the Sacred.