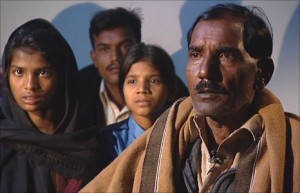 There are few expressions of human ignorance and misery worse than religious bigotry. Bigotry of any kind harms those who express it as well as those who are its targets. Religious bigotry, though, generally  comes heavily tainted with self-righteousness. At its worst, it’s sustained by the noxious belief that it expresses “God’s” will, or that a partisan and prejudiced “God” will reward it.

The delusion that it is possible to read the mind of God and find support there for acts of extreme violence and cruelty is common at the extreme end of all three theistic religions.

This does not excuse it. In fact, the contrary is true. When politicians or the general public make excuses for religious bigotry or turn a blind eye to it they collude with the myths and prejudices necessary to shore it up. In effect, they are saying to the perpetrators, “You can’t do better than this. And because it is politically incorrect to point this out, or because we have expedient reasons not to challenge you, we will turn away, abandoning you and particularly those you victimise.”

In a recent edition of the Sydney Morning Herald (24 Jan 2011) two stories were printed pages apart, yet stood side by side. The first was Paul Sheehan’s account of the Sydney rally in support of Christians being persecuted across the Middle East.

Some Christians have been killed. Many are threatened. Sheehan pointed to Iraq as one example where out of the original two million Assyrian Christians, half have fled their homeland since 2003. He also pointed to Egypt where Coptic Christians are under threat yet, according to Sheehan, many Australians are reluctant to speak about Muslim bigotry. He also claims that the Australian embassy makes it difficult for Egyptian Copts to “immigrate to Australia or seek refugee status” [on the basis of religious persecution].

The second article that spoke volumes about religious bigotry and its horrors was the obituary of Salmaan Taseer, a Pakistani businessman and politician, most recently provincial governor of the Punjab, assassinated recently by one of his own bodyguards.

This murder was “justified” by Taseer’s support for Aasia Bibi, a female farm labourer convicted of blasphemy and sentenced to death. Bibi’s crime? She had wanted to drink from a bowl of water that her fellow workers were sharing. But they are Muslim and she is Christian. In their eyes, she was “unclean”. Sharing their water, she would pollute them. Arguing with them, she committed blasphemy, dishonouring their version of God.  (The picture above shows members of Aasia Bibi’s family. )

Taking up Aasia Bibi’s cause was not Taseer’s first support for the Christian minority in Pakistan. But it proved to be fatal. As tragically, it will make it more treacherous still for brave souls in Pakistan or any other religiously intolerant nation to speak up in support of the most basic of human rights – water, shelter, respect, freedom of belief, safety – wherever these seem to conflict with an intransigent religious ideology.

The charge that drinking from the same water bowl as a Christian would make the Muslims “unclean” will be familiar to all those with more than a passing acquaintance with theistic religions.  When critics of religion point to the miserable history of the “purity laws” within Judaism, Islam and Christianity they are right to suggest this is religious supremacism at its worst.

Such laws express and drive the notion that we can be polluted not by our own acts of violence and the beliefs that justify such violence, but by contact with others who believe differently from the way we do.  Within the theistic religions there are also purity laws around food. But it is the purity laws about “clean” and “unclean” people that shore up prejudice and justify violence.

Christians are certainly not exempt from their own versions of the purity laws. The irony is that the best evidence that history can give us suggests that Jesus Christ was utterly resolute in his inclusion of women, “outsiders”, and any others regarded by the religious leaders of his day as “unclean”. In fact, his unconditional respect for human life and dignity may be what is most remarkable about his ministry. Yet the dark history of the treatment of “heretics” within Christianity is widely known. Even in my own childhood Catholics and Protestants were warned against socialising, never mind marrying. Still today many Christians of one denomination will tell you earnestly that those of all other denominations (never mind other religions, or no religion) are so wrong in their thinking that they will be condemned to hell for all eternity – however long that may be.

Again, the uniformity of this kind of prejudice – and its depth – does not excuse it. In fact, to see its manifestations across different religions and cultures – even when it takes different forms – is to understand it as one of the most unwelcome expressions of human nature, rather than as something “divinely” led, never mind ordained.

Herald journalist Paul Sheehan suggests that people with left-leaning views are particularly squeamish about speaking up frankly about Muslim bigotry and the violence it causes. I hope that he is wrong about this. I fear he may not be.

Whatever our political or religious views, and whatever our own prejudices, biases and preferences, we need to name religious prejudice for the danger that it is. Whoever carries it out, we must find the voice to protest strongly the horrors it justifies as well as causes.