Is it still possible for someone attempting to learn from the quiet, magnificently radical and unconditionally inclusive example of Jesus to call him- or herself a Christian? Or perhaps it would be cowardly not to do so…to allow the word to be taken and misused? Or perhaps the words themselves matter far less than living by his supreme example: “This above all, love one another.” 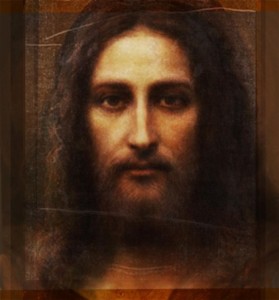 Meanwhile and seemingly all the while, two immensely loaded words – “Christian” and “right” – are increasingly collapsing into a single phrase, as in “the Christian Right”. There’s something doubly horrible in this. First, it speaks of a fearsome co-option of the word “Christian” by openly right-wing, highly prejudiced so-called Christian groups. With this come assertions about God, Jesus, life and faith that harm, divide, demean, disrespect and even kill. Secondly, and perhaps less consciously, it assumes that “Christian” is itself “right”, as in “the one right way”, supreme above others. There’s another nasty twist to this odious tale also. That emerges from the highly selective ways in which “theChristianright” interprets the mind of God and claims to speak for it. The actual teachings, as best we can know them, of the actual historical figure we have come to know as Jesus of Nazareth or the Christ, have a great deal to say about living modestly, about giving away one’s wealth, about including all who would otherwise be marginalized. Above everything, they assert that we should forgive, understand, comprehend, and love one another.

The recorded teachings have very little to say about the theChristianright’s obsessions. These are largely characterized by white heterosexual men’s assumed triumphalism, and especially their deluded “right” to dictate how others should live, especially women, children and gays, and all races other than Caucasian. These obsessions are largely sex-drenched, bigoted, ignorant, and often inexcusably violent. Their passionate defences of “life” extend only to children unborn; to the born, they represent the highest degree of moral and physical danger, except for those who think, act and believe as they do. 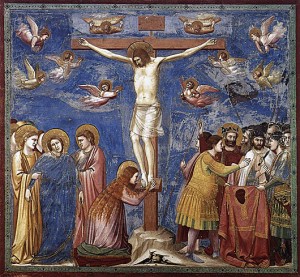 I am writing this on a Good Friday, in 2016, the day when we most vividly remember that at least some of his own people turned against Jesus, betrayed him to the Roman occupiers, and allowed him to be tortured and then killed. He was 33. His public mission had been intense and brief. His focus was unwaveringly on how we should live, in order that we might know God and reveal the Divine within ourselves.

The betrayal of “theChristianright” in politicizing Jesus and using him as a a poster boy or justification for their political ends is as deadly as any betrayal through history.  At the very time that the world could benefit most from the measured, compassionate, radically inclusive teachings that we received from Jesus, Christianity itself is being continuously debased by those who purport to speak in the name of faith.

The gross illogic of the Christian Right’s message could and perhaps should be dismissed, if it were not making our world significantly more dangerous than it might otherwise be. While the attention of the world hovers constantly on Islamic terror, we are largely overlooking the terrifying spectacle of political bigots acting in the name of Christ, eliciting “Christian” votes to build their personal power bases, choosing and twisting texts that they believe serve their limited purposes, meanwhile ignoring those radical and repeated calls to humility, kindness, transformation, recognition, and plain decency.

There is a gorgeous reminder that comes to us from Teresa of Avila, that says everything (at least to me) about being a follower of Christ (not necessarily a “Christian”): 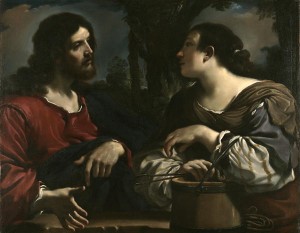 The judgmental, arrogant emphasis of a politicised Christianity is inarguably tragic. It arises from fear. It engenders fear. It ignores or disbelieves the words of Jesus, and his conscious consistent pleas that we should shed fear, shed self-righteousness and live with interest, joy and compasion alongside one another, healing our lives, discovering harmony and creating peace. The legacy of some of his most profound phrases follows. Whichever sing to you, make them yours. Write them out. Write them across your heart. Let them live through you – just as Teresa of Avila was pleading above. They belong to us all. To every single one of us, they are a gift to be nurtured, thanked for, shared…and brought to life. Peace in your heart. Peace in our world.

Love one another. In just the same way that I have loved you.

If you want perfection, sell everything you have and give it to those who need it most. You will have treasure in heaven.

Let those who have done nothing wrong ever cast the first stone.

All the commandments can be summed up in a single phrase: Love your neighbour as you love yourself.

Fear not, for I am with you.

Come to me all you who struggle, and I will give you rest. …In the deepest reaches of your souls, you will find rest.

The kingdom of God is within you.

Blessed are those whose hearts are pure. They will see God.

Love your enemies. Pray for those who wrong you. For your Father in heaven makes his sun rise on the wrong-doers and the good, and sends his rain equally on the just and the unjust.

Ask, and it will be given to you. Seek, and you will find. Knock and the door will be opened for you. For everyone who asks, receives.

It is easier for a camel to go through the eye of a needle than for someone obsessed by material wealth to enter the kingdom of God.

My peace I leave with you. My peace I give you. This is beyond the peace the world knows. Do not let your hearts be troubled. Do not be afraid.

Take care that the light within you isn’t dimmed.

My grace is plentiful enough for all.

Your divine Father will do all that is needed to bring those in his care back home to safety.

Everyone who raises himself up will be humbled. Everyone who genuinely acts with humility will be raised up.