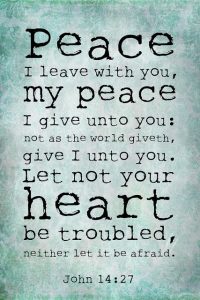 Perhaps the greatest stain on Christianity is its centuries-long abhorrent treatment of Jewish people. This persecution is more than tragic given that Jesus was himself, and was always, a Jew. When we consider recent events like that of Charlottesville, they should horrify us not only because those marching with the regalia and ideology of Nazism are flaunting and encouraging their racist prejudices against all non-Whites, but also because they specifically targeted Jews.

Every Christian, every non-Christian who cares about peace and decency, needs, I believe, to actively and specifically condemn this.

Such behaviour is terrorism as grave as any other form. And those who practise – or who validate – racial or religious hatred in any form must discover that this is totally unacceptable to the rest of us.

Anyone who might be seduced by the “excitement” of hate rhetoric, or the spurious sense of belonging that it may bring, needs to be given NO opportunities to grow in hatred. This means as much vigilance around collective activities as current governments are insisting upon for Islamists. It’s all hatred. It’s all poisonous.

Hate speech does not belong in a “free speech” world. Hate speech and actions harm and lead extremely fast to even greater harm. We take it for granted that people should be protected from violence Hate speech is violence.

Because of Christianity’s shocking history around racism, sexism, slavery, as well as persecution of Jews, I feel strongly that Christians especially should not just understand but protest this cruelty – cruelty in all its forms. Many Christians also defended – and practised – slavery for centuries. Christian leaders have defended and practised and  some practise still conscious and unconscious sexism that limits or harms the lives of half the human population. But let’s not take our eyes off this particular hatred of some Christians for all Jews.

In the USA, but in other countries also including Australia and New Zealand, many extremists are nominally Christian. It may be too much to hope that they can discover how un-Christian much of their cruelly divisive version of Christianity is…but it is not too much to hope that we can, in sufficient numbers, stand up and proclaim a message of hope, inclusion, dignity and respect. “Whatever you do to these, the most vulnerable of your brothers or sisters, you do to me…”.

My heart is filled with sorrow for all still suffering today, as I write this, from prejudice and race or religion-hatred of any kind. May we all grow in loving kindness. May we all create a more accepting, peaceful and far more loving world.