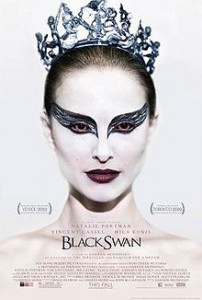 In the face of earthquakes, floods and fire, and the agonizing injustices and repression being played out in Libya and elsewhere as I write this, why would I care about a movie?

Well I do, not least because this movie normalizes violence under a veneer of beauty and art. And I feel so strongly that we should publicly refuse to applaud violence as entertainment; that we should name and protest it if we want to reduce suffering in this world, rather than glorying in it.

The movie I am talking about is, of course, Daniel Aronofsky’s Black Swan. It’s highly praised and lavishly awarded. It has just won more awards. But as I got up to leave our local cinema, exhausted and rattled after seeing it, someone behind me said loudly, “Well, that was pretty damned depressing, wasn’t it?”

It is indeed “pretty damned depressing”. Or worse. It’s ageist and sexist. It’s women-loathing. It’s drunk on its own clichés. It’s also terminally defeatist. Yet in the many features praising the movie and particularly its star, Natalie Portman, there has been relatively little public commentary on its ugly, nihilistic view of dancing, art, human relations, women – and life itself.

Kirk Honeycutt of the Hollywood Report wrote of  “the horror-movie nonsense [that] drags everything down the rabbit hole of preposterousness”. I think it’s worse than preposterous. Aronofsky has managed to create a film that starves art of its integrity, that lingers repeatedly on physical and psychological pain and that is fixated on beauty and death yet offers no illumination about either. And it certainly offers no hint of an alternative narrative of hope.

If you haven’t seen it, Black Swan is largely “about” Nina, a neurotic, infantilised, narcissistic dancer played by Portman who, in her twenties, still lives with her intrusive, possibly sadistic mother. As the movie opens, Nina is desperate to be cast in the double role of white/black swan in a new production of the great ballet classic, Swan Lake.

Swan Lake is itself a portrayal of tragedy. That ballet ends in what is described in this film as the “freedom of death”. In Black Swan the “freedom of death” also triumphs but it would be better described as “the triumph of despair”. Portman’s undeniably skilled acting only adds to the frustration that I (and clearly others) felt watching this film and my frustration that it could be so widely praised when what it has to offer is so uncompromisingly bleak.

Ballet is the most physical of arts. The sacrifices dancers make to ensure that their art appears transporting are widely known. But here it’s the sacrifices that star. Again and again the director returns us to a sense of physical and emotional injury so fierce that friendship and pleasure can’t survive. We are offered two-dimensional characters who use their bodies remorselessly, but for power, approval, fame and not for art. They use each other remorselessly, too, and not for love. Sex here is merely an instrument for manipulation. Beauty is itself a commodity.

We witness an older dancer, Beth, who is thrown out of the company and then hideously injured when she, in turn, throws herself in front of a car and loses the use of her legs. Beth had longed to be “perfect”. Now she is “old” and “nothing”.

This is a shockingly loveless world. There are the promised moments of exquisite dancing that probably attracted other naïve viewers like me, but the masochism and sadism that are this film’s abiding features are never gone for long.

I particularly hated the scenes where Nina hurts herself. With her feet already maimed and hurting from dance, we see her scratching, biting, vomiting, tearing at her skin and nails…as raw physically as she is emotionally. By the end of the film she has become psychotic, believing that she has killed Lily, a rival dancer, by throwing her against the mirror (a clumsy symbol for the ways that dancers should/must constantly look at one another and compare). In fact, it is her own self she has stabbed and she ends her eventual dance of triumph with a mirror shard in her stomach, bleeding and possibly dying as the credits roll.

Why did I stay to the end of a film I disliked so much? Largely, I think, because I continued to hope that this widely praised film might yet offer the smallest glimmer of insight, hope or, yes, redemption. But I waited in vain.

Driving home, I couldn’t help but think about actor Portia de Rossi’s new book Unbearable Lightness where she describes her years of tortured and often life-threatening struggle around appearance, food, self, sexuality, all played out in the public world of television acting. Watching Black Swan made me more appreciative still of de Rossi and her book. In both that book and this film we witness a talented young woman brutalised by her ambitions and causing extreme violence to herself. But the differences are fundamental. 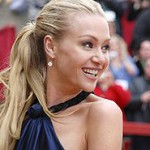 De Rossi’s world is tiny and is also agonisingly self-focused for many years. Eventually though she gains insight about her choices and power over her complusions. On and off the page, she learns to live. Black Swan’s Nina becomes increasingly less able to live and Aronofsky lingers with sickening interest over her decline.

Ballet remains a sublime and complex art. But Black Swan is an ugly, debasing film. It enjoys its power to titillate and does art no favours. It does women no favours either. And it fails viewers.