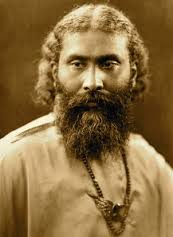 Hazrat Inayat Khan was an Indian musician and Sufi master who died in 1927 at the age of 44, having brought the message of universal Sufism to the West, and leaving behind him a wealth of wisdom which is highly relevant as we move towards a greater acceptance of diversity, and a far deeper understanding of our essential unity. I can particularly recommend his book THE SOUL:WHENCE AND WHITHER. You can receive daily wisdom from Murshid (as he is familiarly known) via “wahiduddin” ishq@wahiduddin.net – the source of these particularly relevant quotes.

It is sometimes asked why, if God is all-pervading, there is need of the special manifestation of a messenger such as Krishna, Buddha, or Jesus. The answer is given in the words of the Bhagavad-Gita where Shri Krishna says, ‘When Dharma is hindered, then I am born.’ This means that a manifestation, which the people recognize as a savior or messenger, always comes when the necessity arises. … In all ages and to all peoples the message of God has been sent. And that message has been kept by those who received it in the form of a scripture, and the name of the messenger and his honor have been held high by those who have followed that particular message.

No matter at what time in the history of the world the message came, one thing is sure: that it has always penetrated the heart of man and left its impression and its influence, ever multiplying and spreading, proving it to be the message of God. … Since it is the message of God, whenever it comes it is from the same source. When it came a thousand years ago it was His message; when it came a hundred years ago it was His message; and if it came today it would be also His message.

How ignorant man has been through all the ages! And he shows his ignorance even today, for whenever the message has come, man has fought and disputed and argued. Man has held fast to one prophet and ignored the others, because although he knew his religion he did not know the message. He has taken the book as his religion without recognizing the message. If that were not the general tendency, then how could Jesus Christ with His most spiritual message have been crucified? There had been prophecies, and besides prophecies the Master himself was the evidence of his message, as the saying has it: ‘What you are, speaks louder than what you say.’ And how thickly veiled man’s eyes must be by the religion, the faith, the belief he holds, for him to accept only one messenger and to reject the message given by other prophets, not knowing that the message is one and the same!

There is a tendency in the human race which has appeared in all ages: it leads man to accept every expression of the message which has been given him, to be won by it, blessed by it, and yet to fail to recognize who the messenger is. The followers of each form of the message profess devotion to their Lord and Master, by whatever name he had in the past, but they do not necessarily know the Master. What they know is the name and the life of the Master that has come down to them in history or tradition, but beyond that they know very little about him. If the same one came in another form, in a garb adapted to another age, would they know him or accept him? No, they would not even recognize him, because it was not the message but the form that they accepted in the past; a certain name or character; a part but not the whole. 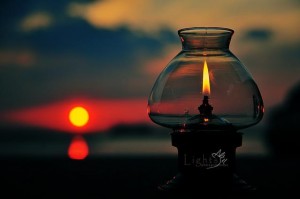 If only we could recognize the inner voice, we would see that the different scriptures all contain words spoken by one and the same voice. Some hear the voice, others only hear the words, just as in nature some see only the branches and others the roots of the tree; but all these different scriptures and ways of worship and of contemplating God are given for one purpose: the realization of unity. In unity resides the happiness and illumination of man, and his guidance in life. We all know unity by name, but most of us think of it as uniformity. The Vedanta for thousands of years in all its prayers and mantrams voiced this central theme: unity, the oneness of all. The Qur’an with all its warnings expresses in one essential sura the Being of God: that not only in the unseen, but in all that is seen there is one underlying current; and the Bible says that we live and move and have our being in God.

Of all the millions of believers in God perhaps only one makes God a reality, and that is because the picture man makes of God is as limited as himself. The knowledge of God is beyond man’s reason. Man only perceives things he is capable of perceiving. He cannot raise his imagination above what he is used to, and he cannot reach beyond his imagination to where the being of God is.

*
Among millions of believers in God, there is hardly one who makes God a reality. To so many He is an imagination, to many He is in a mosque, a church, or a temple. Many wonder if God is really. Many others think God is goodness, He is a personality separate from us, He is most high, most pure, most beautiful, but He is separate and difficult to reach. Many think that as it takes so long to reach this planet or that, God must be further away still. The purpose of one’s whole life is to make God a reality. … if you will seek for good in everything, you will always find it, for God is in all things, and still more He is in all beings. Seek Him in all souls, good and bad, wise and foolish, attractive or unattractive, for in the depth of each there is God. … He is all around and about us at every moment, we are living His life, we are breathing His breath, and yet we are ignorant of the perfection of beauty which unites and inspires every soul.

(For more information about Hazrat Inayat Khan and the Sufi Order International, visit their USA WEBSITE or their INTERNATIONAL WEBSITE. You are welcome to comment on these or any other teachings or videos on this blog via Stephanie Dowrick’s Faceook page.)