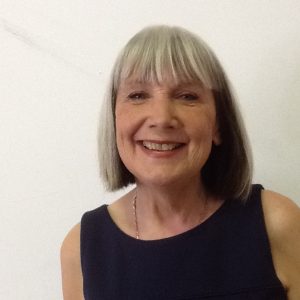 “Stephanie Dowrick’s writing and career are characterised by motifs of renewal and re-imagining..Dowrick’s work is eclectically informed and pioneering…” Felicity Plunkett, Sydney Morning Herald and The Age

“Since I was a teenager, Stephanie Dowrick’s work has been absolutely central to my understanding of curiosity, spirit, faith and the possibility of happiness. Her words speak about faith and longing and hope in ways that people like can be heartened by. The wisdom in her pages has comforted me in dark times…” Clare Bowditch, musician

“Stephanie Dowrick is a godsend. Her gift is the ability to write in a manner that genuinely enriches and changes lives.” Nigel Marsh, writer and global CEO

Reverend Stephanie Dowrick, PhD, has been a leader in sexual politics and publishing and continues to be a leader and pioneer in interfaith, post-denominational spirituality and inter-religious understanding. She has been writing and teaching from a spiritually inclusive, social justice perspective for more than 30 years and, since 2006, has been leading one of the world’s most diverse spiritual communities, with its home first at Sydney’s Pitt Street Uniting Church, and now at InnerSpace Centre, Five Dock, in addition to its retreat home at Mana Retreat Centre in New Zealand.  She was ordained by the interfaith New Seminary, New York, in 2005. She has a research doctorate (PhD) in literature and spirituality from the Writing and Society Research Group at Western Sydney University.

Writing has been her principal occupation since moving to Australia from the UK in 1983. Prior to that, she was a highly successful London-based publisher, working for New English Library, Triad Paperbacks (owned by Jonathan Cape, Chatto & Windus and the Bodley Head), prior to co-founding, in 1978, The Women’s Press, London, where she was the first Managing Director and, later from Australia, an active and influential Chairperson.

Stephanie Dowrick has written with rare success across a number of media platforms. Her book-length writing includes two highly praised, internationally published novels, Running Backwards Over Sand and Tasting Salt. She is probably best known for her genuinely life-changing books that offer readers a rare level of depth, insight and accessibility. Those non-fiction books include ground-breaking, international best-sellers, Intimacy and Solitude, Forgiveness and Other Acts of Love, Choosing Happiness: Life & Soul Essentials, The Universal Heart, and a deeply-researched study of spirituality and poetry centred on the writing of Rainer Maria Rilke: In the Company of Rilke.  She has also contributed to readers’ in-depth, socially and spiritual-conscious enquiry with Creative Journal Writing, Free Thinking and Everyday Kindness. Her more recent books are the highly acclaimed Seeking the Sacred: Transforming Our View of Ourselves and One Another and Heaven on Earth – a book of universally-accessible prayers and on prayer. She has also written for children, including Katherine Rose Says No, and her most recent picture book, The Moon Shines Out of the Dark. Her principal publishers are Allen and Unwin, Sydney, and Tarcher/Penguin, New York. Her books have been translated into many languages.

Stephanie Dowrick was born in Wellington, New Zealand in 1947, lived in Europe (mainly the UK, also West Berlin) from 1967-1983, and since then has lived in Sydney. In the early 1990s, she worked part-time as Fiction Publisher for Allen & Unwin. Towards the later 1990s, as a practising psychotherapist with a small Sydney-based patient and supervision practice, Stephanie was the fortnightly “On the Couch” guest with Geraldine Doogue on Radio National’s “Life Matters” for many years. She was also a guest for some years on Tony Delroy’s “Night Life” (ABC Local Radio), and was the “Inner Life” columnist for Good Weekend Magazine from 2001-2010 (Sydney Morning Herald and The Age). Additionally, she was the wellbeing presenter for ten years for Breast Cancer Network Australia.

As a writing teacher and mentor, Stephanie continues to teach writing, both through the Faber Academy, Sydney, and in private groups. Stephanie mentors writers through Australian Writers Mentoring. She continues to contribute occasional opinion articles to The Sydney Morning Herald and the Age, as well as Pearls & irritations, and via her Public Facebook page.

Stephanie Dowrick graduated with a PhD from Western Sydney University’s Writing and Society Research Group in 2009, writing her research thesis on the power of poetry and spirituality – that later became her internationally lauded, In the Company of Rilke. She had been ordained as an interfaith minister by the New Seminary, New York, in 2005; in 2019, she was awarded a D.Min by the New Seminary in recognition of her many years of interfaith ministry, teaching and writing, and with particular reference to Seeking the Sacred and Heaven on Earth as essential references for multi-cultural, culturally and socially diverse communities. 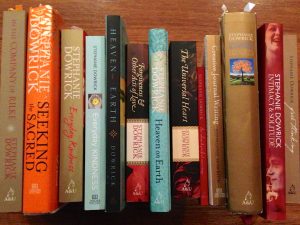 About In the Company of Rilke:

“Stephanie Dowrick’s gift is a capacity for sharing with readers her lifetime’s pleasure in poetry and the company of one of the greatest of poets.”  David Malouf, poet & novelist

“This book [In the Company of Rilke] is lovely: serious, informed, honest, warm, delightful to read. Stephanie Dowrick has accomplished something wonderful, bringing us into the company of the most human of men and into the presence of his astonishingly beautiful poetry. ” John Armstrong, philosopher & writer

Stephanie Dowrick was born in New Zealand, the second of two daughters. Both her parents were school teachers, her mother, Mary Dowrick (nee Brisco), a university graduate who both wrote and painted. Mary Dowrick died in 1955. Stephanie lived in Europe for many years from 1967-1983. She was co-founder and first Managing Director of the prestigious independent London publishing house, The Women’s Press, which published some of the most influential writers of the twentieth century, including Alice Walker, Janet Frame, Andrea Dworkin, Lucy Goodison, Joanna Ryan, May Sarton, Michele Roberts, Susan Griffin, Lisa Alther. She has lived in Sydney with her family since 1983.  She is now a grandmother, as well as a mother.

Stephanie is also a trained psychotherapist and for many years had a small private practice, alongside her intense work as a writer – books and journalism – and her busy life as a mother. In June 2005, Stephanie was ordained as an Interfaith Minister. From 2006-2017 she led regular interfaith services and meditations at Pitt Street Uniting Church, Sydney. Talks from those services are available via this YouTube link. Along with music minister and sacred music composer, Dr Kim Cunio, she now co-leads sacred gatherings every 3rd Sunday of the month at InnerSpace Centre, 181 First Avenue, Five Dock. 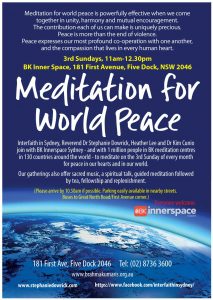 Stephanie Dowrick teaches frequently in New Zealand, including her two popular spiritually inclusive annual retreats at Mana Retreat Centre, Coromandel, New Zealand, where she has been teaching since 2000. She has for many years also given talks and workshops to a wide variety of groups and organisations. She has spoken at many events worldwide, and has shared platforms with many eminent thinkers including Tenzin Palmo, His Holiness the Dalai Lama, Rev Dr Don Cuppitt, Professor Raimond Gaita, Rev Dr John Polkinghorne and Bishop John Spong as well as BK Anthony Strano, BK Charlie Hogg, BK Sister Shivani, Subhana Barzarghi, Joyce Kornblatt, Reverend Hilary Star, Reverend Ian Pearson, Dr David Tacey and Dr Mark Burrows. 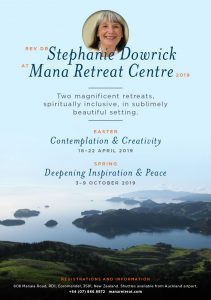 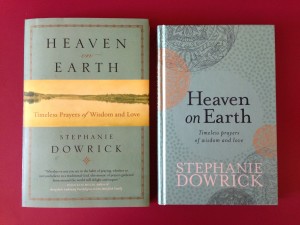 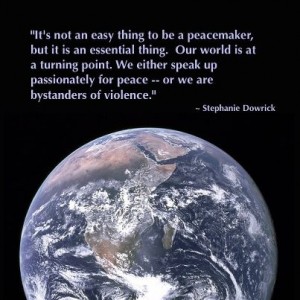