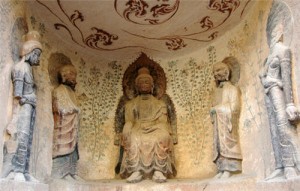 18 November 2015             Stephanie Dowrick writes: “I wrote the following article only a week ago. Since then several hundred people have died tragically unnecessary deaths in Turkey, Lebanon and France…and we can guess many more hundreds elsewhere. Perhaps this week I would have written the article with even more passion and strength. But I hope that in its first form it will be of some help in supporting you to think of our grand, diverse human family with even greater interest. And with even more resolved inclusion. It is when people feel exiled and disrespected, they are most available to vengeful ideologies that tell them they “belong”. We all have our prejudices, our preferences, and many of them are harmless. In the wider community, however, and certainly in the media, slogans, prejudices, lazy or very ugly destructive thinking abounds. We must, I believe, do more than protest it. We must live an inclusive, respectful alternative. Every day.This doesn’t mean liking repugnant ideas or being in the slightest bit tolerant of them – or indifferent to the harm they cause. On the contrary. It does mean, though, resisting any temptation to prejudge and condemn, or even exile, entire groups of people on the basis of religious, cultural, gender, sexuality or race assumptions. We can, we must, do better.”

In 1967, as a young girl who was far from brave, I went to live for some months in Israel’s Negev Desert and also visited the newly occupied city of Gaza. Recognising the agonies of occupation was a harrowing experience that could only be worse almost fifty years later.

My longing to live in Israel had arisen because I felt so deeply even as a child about the devastating harm that comes from prejudice and cultural stereotyping. I knew that all violence, but particularly violence on a mass scale, begins and is sustained by stereotyping. Whether it is a domestic, tribal or world conflict, it can occur only because “the other” is stripped of their complex humanity and their right to be heard and respected. Stereotyping becomes not just an instrument of violence; it is violence.

That such thinking cost the lives of six million Jews in the death camps of Europe, many of them “assimilated”, seemed to me to reveal a potential for harm in our collective and individual psyche that we must understand in order to contain and even heal it. (I guess my life’s work to date has been driven by that impulse.) Three years later, I lived in West Berlin, then also an occupied city with French, British and American forces stationed on “our” side and Russian forces behind the Berlin Wall to the east. For many years after that, I lived in London while “the Troubles” roared between Catholics and Protestants, mainly in Northern Ireland but with frightening eruptions elsewhere, including London’s underground where we daily travelled.

Those were intense, formative experiences. They segued into but were never replaced by gender politics and the equally vital unravelling of prejudices and stereotyping around and within different faiths and their cultural expressions. For many years I’ve believed we were progressing. It would now, for example, seem almost inconceivable that Catholics could be forbidden to worship in a Protestant church, or that a Protestant could murder a Catholic on the basis of religion, or that Jews could be hounded without protest. The effects of the appalling stereotyping and diminishment of Australia’s indigenous peoples are also slowly being better if not adequately understood. Yet, for all the good news, stereotyping still flourishes. Unchallenged, it’s as dangerous as it has ever been. 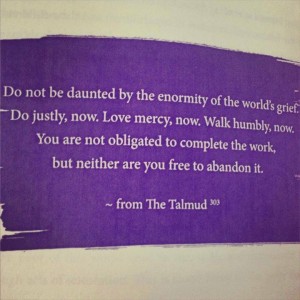 That tragic human tendency to exaggerate, diminish and demean a despised “other” is now most obviously focused on the one and a half billion highly diverse Muslims in our world. It extends also to people of “Middle Eastern” appearance who may be Arabic Christians, atheists, or perhaps Sephardi Jews. The obscene cruelty of Islam-identified extremists is undeniable. Fundamentalist Islam is itself profoundly harming, especially in its subjugation of women and girls both within and beyond Islam. But this tragic story becomes overwhelmingly unjust when the conduct of an inflamed minority is seen as “reason” enough to taint and prejudge almost one-quarter of the people on earth.

Millions of people in the so-called Islamic world already and variously bear the grief, chaos and loss of life caused by current insane irreligious fundamentalism, as well as an historical legacy of invasion and division by the largely Christian colonizing West. Nations have been created and destroyed by occupying powers. Lines have literally been drawn to decide others’ identity from afar. Oil greed means the West has continued to look past the arms trafficking and immeasurable human rights abuses in the Gulf States. Yet even as the most besieged in Middle Eastern or African countries flee violence or death, it is not their suffering but their assumed “greed” for safety, peace, education, a livelihood and security that currently drives so much destructive commentary. In that febrile context, greed (and “otherness”) is exaggerated and need ignored.

Such stereotyping remains morally bereft. But it’s more dangerous than that. It reinforces fear-driven attributions and prejudices that emerge in virtually every period of upheaval. Versions of “uncleanness” and “unworthiness” prevail as they have always done, and as Christ so explicitly and consistently protested. The targets for denigration may change but the justifications for stereotyping remain similar: the dreaded “others” craving what we have, trespassing on “our” way of life, brutalising us, disrespecting “our women” and demanding what they don’t deserve (but we do). Newly dressed, this emerges through racist slurs and cultural slander and, in Australia, through government rhetoric and exclusionary policies.

The most pressing issue of our age is surely how the world’s finite resources are to be shared.

The most pressing issue of our age is surely how the world’s finite resources are to be shared. Crucial to this is how “the other” is defined and seen – especially by those with power and plenty. These latest migratory upheavals, and the conflicts that caused them, bring us to a moral crossroad. Will fear, denigration and stereotyping drive our personal and public responses? Or dare we be truthful, inclusive and regenerative? The directions we take will absolutely shape the world to come. History’s hardest lessons remain to be learned.

Dr Stephanie Dowrick is a writer and interfaith minister. Her most recent books include Heaven on Earth and Seeking the Sacred. (You can follow Stephanie Dowrick on both Twitter and Facebook.)  Links below to add this article to your own social media, or to email. 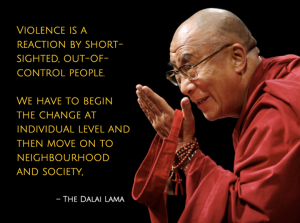 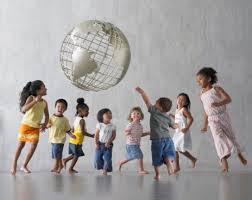