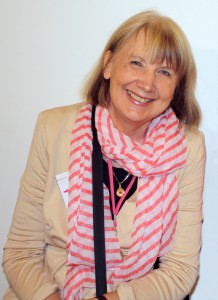 Stephanie Dowrick writes: ‘Almost a year ago my Australian publishers nudged me to set up an “Official Stephanie Dowrick” Facebook page. They were confident it would be an easy way to communicate effectively with readers, people who come to my talks and those who are actively promoting similar values to mine. And they were right! It is much faster to use than emails, or sending the Universal Heart Newsletters out via the web. Crucially, it also allows for brief comments and conversations from others – and for those comments to be part of a wider conversation.

What’s also become clear, though, is that many of my readers seem reluctant to take up Facebook as a way to stay in touch. I don’t think this is a question of age. The readers who attend my many public events are truly diverse in age range etc – and many older people anyway use Facebook very skilfully. What’s more likely, I think, is that many of my readers want to limit the time they spend at their computers and certainly want to limit anything unwanted calling for their attention.

Used unwisely, Facebook can certainly be a time-waster. But used as a selective communication tool, it’s quite marvellous! There is no need to choose to “like” anyone you never want to hear from. There’s little risk – as far as I can see – of unwelcome spam. Once signed up, and “liking” only those you want to hear from or communicate with, it’s so simple to use. And it allows worthwhile messages to reach people without fuss and very quickly.

When I set up my “Official Stephanie Dowrick” page – with the help of Allen & Unwin – there were several “Community” pages already set up in my name. I found this startling and upsetting. No one had asked for permission and there was no way I could trace who had done this. As far as I know, one still exists with 150 people who, perhaps, think they will one day hear from me. (They won’t.)

So, to keep things clear, my only Facebook page is the “Official” version. And that’s evident because of updates there.  Because it is an “Official” page (public person), I can’t “like” your FB page in return. (Sorry!!) But I can receive and read your comments, as well as sending my own.

This is an extremely testing time for writers. Fewer thoughtful books are being bought in any form. Bookshops are disappearing at an alarming rate. Electronic sales are in no way compensating for this. This will inevitably affect readers also: what is available to us to read; the choices that we will have. Taking up one of the good news stories of this time – and using Facebook wisely and well – seems to me to be part of the “Reading Activism” that I am also promoting. As with everything else of neutral value, it is up to us how we use it. The great thing is to make it work in a way that benefits us. Let’s make that possible. ‘

Find “Official Stephanie Dowrick” and try it out.