“Stephanie Dowrick’s writing and career are characterised by motifs of renewal and re-imagining..Dowrick’s work is eclectically informed and pioneering…” Felicity Plunkett, Sydney Morning Herald and The Age

Reverend Stephanie Dowrick, PhD, is a leader and pioneer in interfaith, post-denominational spirituality and inter-religious understanding. She has been writing and teaching from a spiritually inclusive perspective for more than 25 years, and leading one of the world’s largest and most diverse spiritual communities, with its home at Sydney’s Pitt Street Uniting Church, since 2006. Dr Dowrick is also Australia’s most innovative and influential creator of books on personal and spiritual development. Through her writing and teaching she has, over a period of 25 years, supported an exceptionally wide range of readers to live life more generously, justly and with far greater choice and insight.

Dr Dowrick is that rare writer who combines psychological insight and training with a genuinely compassionate, grounded social analysis, as well as an authentically inclusive spiritual conviction inspired by the clarity of the wisdom traditions. Through her books, articles and committed use of social media, including Facebook, she reaches out to many thousands of people with an enriching message of increasing inner and outer wellbeing. Her guiding principle is the choice that each of us has to heal ourselves (grow in wisdom and appreciation of life) and contribute our part to the healing of the world. Her work warrants that rare accolade: “life-changing”.

Stephanie Dowrick’s writing is distinguished by its originality and compassion. She has had the rare distinction of having written five No.1 bestselling books. They include Intimacy and Solitude, Forgiveness and Other Acts of Love,  The Universal Heart and Choosing Happiness: Life & Soul Essentials. Her more recent books include Everyday Kindness, Seeking the Sacred – called by Claire Scobie in the Sydney Morning Herald, “A chalice of wisdom” –   and her latest book, Heaven on Earth, about which Dr Marj Britt wrote: “Stephanie Dowrick emerges as a mystical poet with a radiance of her own.” Her most recent book for children is The Moon Shines Out of the Dark. She also wrote two acclaimed novels, Running Backwards Over Sand and Tasting Salt. 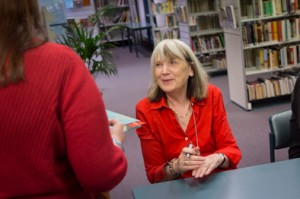 One of Stephanie’s passions is teaching writing, which she has done intermittently for 30 years and more regularly since 2010. Books that especially express that aspect of her life include the highly successful Creative Journal Writing, and also the widely praised In the Company of Rilke, a rare scholarly spiritual study of the work of the European poet, Rainer Maria Rilke, taking readers also into a deeper understanding of themselves – and of the unique power of poetry.

“Stephanie Dowrick’s gift is a capacity for sharing with readers her lifetime’s pleasure in poetry and the company of one of the greatest of poets.”  David Malouf, poet & novelist

“This book is lovely: serious, informed, honest, warm, delightful to read. Stephanie Dowrick has accomplished something wonderful, bringing us into the company of the most human of men and into the presence of his astonishingly beautiful poetry. ” John Armstrong, philosopher & writer

Her books have been translated into many languages.

Stephanie Dowrick was born in New Zealand, the second of two daughters. Both her parents were school teachers, her mother, Mary Dowrick (nee Brisco), a university graduate who both wrote and painted (and died in 1955). Stephanie lived in Europe for many years from 1967-1983. She was co-founder and first Managing Director of the prestigious independent London publishing house, The Women’s Press, which published some of the most influential writers of the twentieth century, including Alice Walker, Janet Frame, Andrea Dworkin, Lucy Goodison, Joanna Ryan, May Sarton, Michele Roberts, Susan Griffin, Lisa Alther. She has lived in Sydney with her family since 1983. She is also a trained psychotherapist and for many years had a small private practice, alongside her work as a writer and her busy life as a mother. She was for some years wellbeing presenter for Breast Cancer Network Australia, and was an Adjunct Fellow with the Writing and Society Research Group at the University of Western Sydney (where she graduated with a PhD degree in 2008).

Stephanie was the very popular “Inner Life” columnist for Good Weekend Magazine from 2001-2010 (Sydney Morning Herald and The Age), and for many years was a frequent guest on ABC Radio. She continues to contribute actively and thoughtfully to public and social media, including the Universal Heart Book Club which she co-founded in 2012, and her very active, inspirational Facebook page.

In June 2005, Stephanie was ordained as an Interfaith Minister. She gives regular services and meditations at Pitt Street Uniting Church, Sydney (including services each 3rd Sunday of the month at 3pm) . Talks from those services are available via this YouTube link. She teaches three times a year in New Zealand, including her two very popular spiritual retreats at Mana Retreat Centre where she has been teaching since 2001. She has for many years also given talks and workshops to a wide variety of groups and organisations. She has spoken at many events worldwide, and has shared platforms with many eminent thinkers and peacemakers including Tenzin Palmo, His Holiness the Dalai Lama, Rev Dr Don Cuppitt, Professor Raimond Gaita, Rev Dr John Polkinghorne and Bishop John Spong as well as BK Anthony Strano, Dr David Tacey and Dr Mark Burrows.

Stephanie Dowrick is the mother of Gabriel Dowrick and Kezia Tieck, grandmother of Madeleine and Charlie, and partner of Darwin-based paediatrician and activist Dr Paul Bauert. 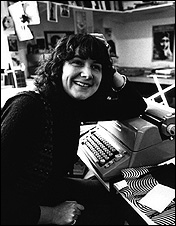 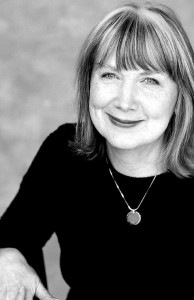 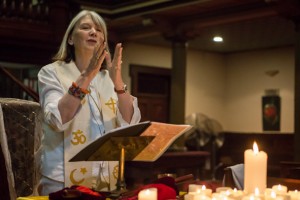