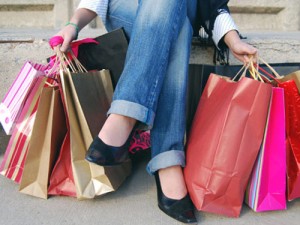 We all love a bargain – and are all inclined to congratulate ourselves when we find one. I certainly do…especially when it comes to my weakness around nice clothes. But how often do we stop to remember that our “bargain” is possible only because someone has made our briefly-desired object for far less money than we would consider “fair”, and often in conditions that we would regard as completely intolerable.  In those countries, education may be possible for just some. Mortality rates for children under five may be shockingly high. Perhaps life expectancy is 20, 30 or even 40 years less than in comfortable Australia. Perhaps there is little or no protection for women affected by domestic violence, rape, or war.  Put against those stark facts, our “bargains” come at quite a high price.

One of the ways in which we live with this – and perhaps even salve our concience – is to support, through a very small part of our taxes, programmes that deliver some life-improving and sometimes life-saving measures, especially with regard to health, education and micro-business development for women as well as men. Agricultural aid, land restoration, and programmes to protect or restore rivers and oceans are also made possible through “foreign aid”. 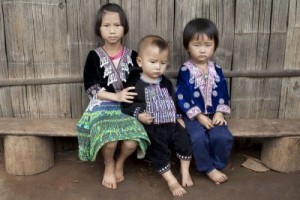 On the eve of the Federal election here in Australia, the Liberal Party has announced very significant cuts to its proposed foreign aid budget.  It does so knowing that far from losing it votes, it may even win them votes in an election in which they are anyway predicted to triumph. Many Australians argue that an Australian government should first and foremost take care of Australians (and all governments do). But foreign aid is not an optional extra. It is absolutely vital in a world of shocking, often violent financial, social, health and well-being inequity and injustice.

Foreign aid benefits everyone. But not equally. It “costs” us far less than it gives. Which of us would be doing without anything of any significance whatsoever if our government was to INCREASE rather than reduce aid. We are being told that we will have upgrades of roads…these are affordable – and essential – without asking others to pay for them, perhaps with their lives. 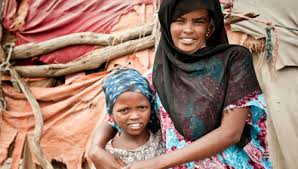 The countries where the citizens live and produce our bargains may be only some of those needing our aid. Perhaps some of our aid goes to countries where we get no direct benefits at all. But should our direct benefits be all that matters? Isn’t it, after all, a matter of good fortune where we are born…and whether we are in a position to give aid, or to need it?

As long as the global injustices of the world prevail, we are all compromised. Turning our backs, reducing rather than increasing our support, we contribute to suffering that could be relieved… We are also failing to see and to listen. We are failing to be global citizens. We are certainly failing the test of the “Good Samaritan”: willing to help someone in need regardless of their culture, race and religion; willing to respond also to the call of compassion and justice in his (and her) own heart.